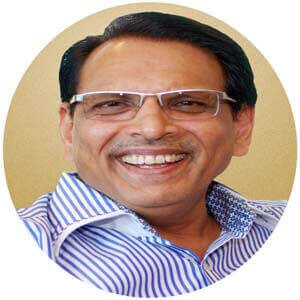 The founder of the Bharatiya Jain Sanghatana Mr. Shantilal Gulabchand Muttha, was born on August 15, 1954 in Dongerkinhi village, Patoda taluk of Beed district in Maharashtra. Because of his humble birth he was forced to wait on the invitees, at Jain weddings. It was here that the tender mind of seven year old Shantilal, began to ponder on the ill effects of brief display of phony opulence. Even the less fortunate ones, in a bid to have grand weddings were in the process getting deeper into debt trap. An earnest desire to do something to eliminate this evil was sown in the young child's mind. After spending his early boyhood in orphanages and boarding houses reserved for Jains, Shantilal joined college on a humanitarian scholarship. While in college the first signs of an upcoming propagandist were seen. He tried his hand at a couple of revolutions to awaken people into avoiding showy weddings. Nobody took a college kid seriously. In 1976 he graduated with Honors in Commerce from University of Poona.

Shantilal Muttha soon discovered that the life of a Good Samaritan was no bed of roses; he had to battle hard against the quagmire of blind beliefs and thoughtless customs. Jains, in general, had grown accustomed to be parochial in their approach towards women. Shantilal set himself the vital task of finding a remedy for this malady. "Unless and until the woman is liberated, the Jain will continue to be regarded as a narrow bigot with only one fixation in life; amassing wealth", he realized. Gradually his doggedness began to pay off; the dark dogmatic practices started to lose their momentum as a brave new breed of people began to experiment with the preaching propounded by an equally eager reformist. Prominent Jain citizens too joined in, and out of this the Bharatiya Jain Sanghatana (BJS) was born.

There are very few people like Mr.Shantilal Mutta, who dare to dream and make dreams a reality. With mere determination and willpower Mr.Shantilal succeeded in converting his dreams into reality by pioneering the concept of "mass marriage” in Maharashtra thus slashing down the conspicuous spending on marriages. He extended the mass-marriage concept to non-Jain societies too. As many as 625 couples were united in marital bliss in a single ceremony. A sports stadium was hired for the purpose. The event received widespread media coverage due to the sheer size and complexity of organizing such an event. Today this concept is widely practiced throughout the country.

For a reformer of such a magnitude awards come naturally. In 1989 Mr. Shantilal received the 'Letter of Commendation' and memento from Pune City Municipal Corporation. He received the National Youth Award in 1992 from Indian Institute of Youth Affairs in honour of Late Indira Gandhi's memory. The Killari Village body honoured him with the 'Plaque of Honour' in 1994 in recognition of the relief work undertaken by him during the 1993 earthquake. Mr. T. N. Seshan handed over the 'Yuva Pune Gaurav Puraskar' in 1996 given by Yuva Bharati, Pune. In 1998 he received the Diwaliben Mohanlal Mehta Award from the Diwaliben Mohanlal Charitable Trust at the hands of His Holiness the Dalai Lama.

As the President of the BJS, Mr.Shantilal Gulabchand Muttha, has got several concrete future plans. He desires to evolve it into a thoroughly professional social welfare organization. For this purpose plans are afoot to recruit professional staff with exposure to managing NGOs. The Wagholi Educational Rehabilitation Centre near Pune will serve as a model in WERC, workshops, seminars and training camps will be conducted regularly (similar to the one conducted in Feb.95) to train and develop high caliber workers at all levels.

Mr.Shantilal's saga of service to the society seems to be never ending. With wide experience in fields as diverse as child and woman welfare, support for the handicapped, calamity and disaster management, he is constantly looking for opportunities to further widen the scope of activities of the BJS.